Does Stephen Troese Jr. Think Alex Smith Can Take His Game to the Next Level? 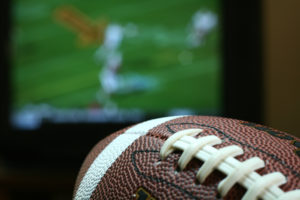 Last year, many football analysts thought Alex Smith had turned a corner. While certainly a serviceable quarterback throughout most of his career, you have to remember Alex Smith was the first pick in the NFL Draft, so expectations were incredibly high. Most would agree that he didn’t meet those expectations in San Francisco or in Kansas City.

That was until Week 1 of last year, though, when the Kansas City Chiefs played the defending champs, the New England Patriots, at home and simply smoked them 42-27. The game, by the way, was nowhere near as close as the score would indicate. The Patriots were outplayed at every level of the game, and people were wondering whether the Patriots’s era was over.

Alex Smith had a monster game. He threw for nearly 400 yards and got four touchdowns. Fantasy football owners were scrambling to pick him up off of waivers, and Kansas City became a favorite to win the Super Bowl. Unfortunately, Alex Smith and the Chiefs failed to meet expectations and were knocked out in the first round of the playoffs.

Stephen Troese Jr. would be the first to tell you that the Redskins did not have a great year, and this year doesn’t look much better. They lost their star quarterback to free agency, and the team has a number of holes that they still need to address. Plus, let’s not forget that the Philadelphia Eagles, the 2018 Super Bowl Champs, are in the division.

The Redskins signed Alex Smith to replace Kirk Cousins, and many Redskins, including Stephen Troese Jr., are a little concerned given the fact that Smith is not an improvement on Cousins on paper, and he is now a year older. Still, though, there are a few reasons to be hopeful, according to some team blogs. Here are some reasons they cite:

Although fans, like Stephen Troese Jr., have some reason to be worried, you should know that there is a lot to be optimistic about as well.